A Life in the Water for Sea Turtles

If anyone is interested in knowing how living beings adapt to their surroundings, a comparison of sea turtles to land turtles is a good choice for study. They are both reptiles with scaly skin. They both breathe air and have a heart and lungs. Cold-blooded creatures, they lay eggs and share the familiar top shell covered with scutes, the extremely hard scales on the carapace. They likewise have a lower shell. At this point, the differences are quite definite.

A natural swimmer, sea turtles head for the sea as soon as they hatch. The young are unprotected, so those fortunate enough to get to water start a swimming frenzy that provides a lot of motion and carries them out towards the main waters of the ocean or sea. The predators in the calmer waters do not venture far, so the hatchlings live in the deeper waters for as much as ten years before returning to coastal waters. Now known as juvenile turtles, they are about as big as a paper plate. They search for food in their new area while growing larger and stronger.

Both adult and juvenile sea turtles like shallow waters, such as lagoons, bays, and estuaries. Being a natural swimmer allows ocean travel, as well many times hanging near coral reefs blending with the coral reef animals. One of the ways their body changed to let them spend so much time in the water is by developing a lighter shell than the land turtle. In addition, the familiar bent legs of the land turtle are flippers, instead, allowing them to swim up to 35 miles per hour. As the sea turtles move through the water, there is grace in their swimming style. The freedom of movement allows them to swim for long distances.

As mentioned earlier, these creatures breathe oxygen to survive. Just as humans need to take in air ever minute or so in a long race, so it is with sea turtles. Activity requires surfacing every few minutes for a breath of air. With the ability to hold more carbon dioxide in their blood, enough oxygen is stored to permit adults to sleep underwater for over two hours without breathing. Green sea turtles can stay under water for up to five hours. Juveniles sleep on the surface of the water, giving them the opportunity to sleep or rest on the journey without having to return to land.

That is a good thing, because sea turtles are designed for water life rather than land. Seawater puts a lot of salt in their system, eliminated through a salt gland behind each eye. Their great underwater eyesight is poor on land. The shells, designed for speed in the water, will not allow flippers or the head to retract for safety. The evolution from land turtle to a water creature destroyed many of the natural safety systems of their ancestors.

Warm water islands such as those in Hawaii and Barbados are popular for snorkeling and swimming in areas with sea turtles. Barbados features the leatherback and hawksbills, which feed on the west coast of the island. All areas have rules of conduct to protect these amazing creatures from harm. Weighing in at a hundred pounds and more, a close look at this natural swimmer is incredible.

back to the top of sea turtle page 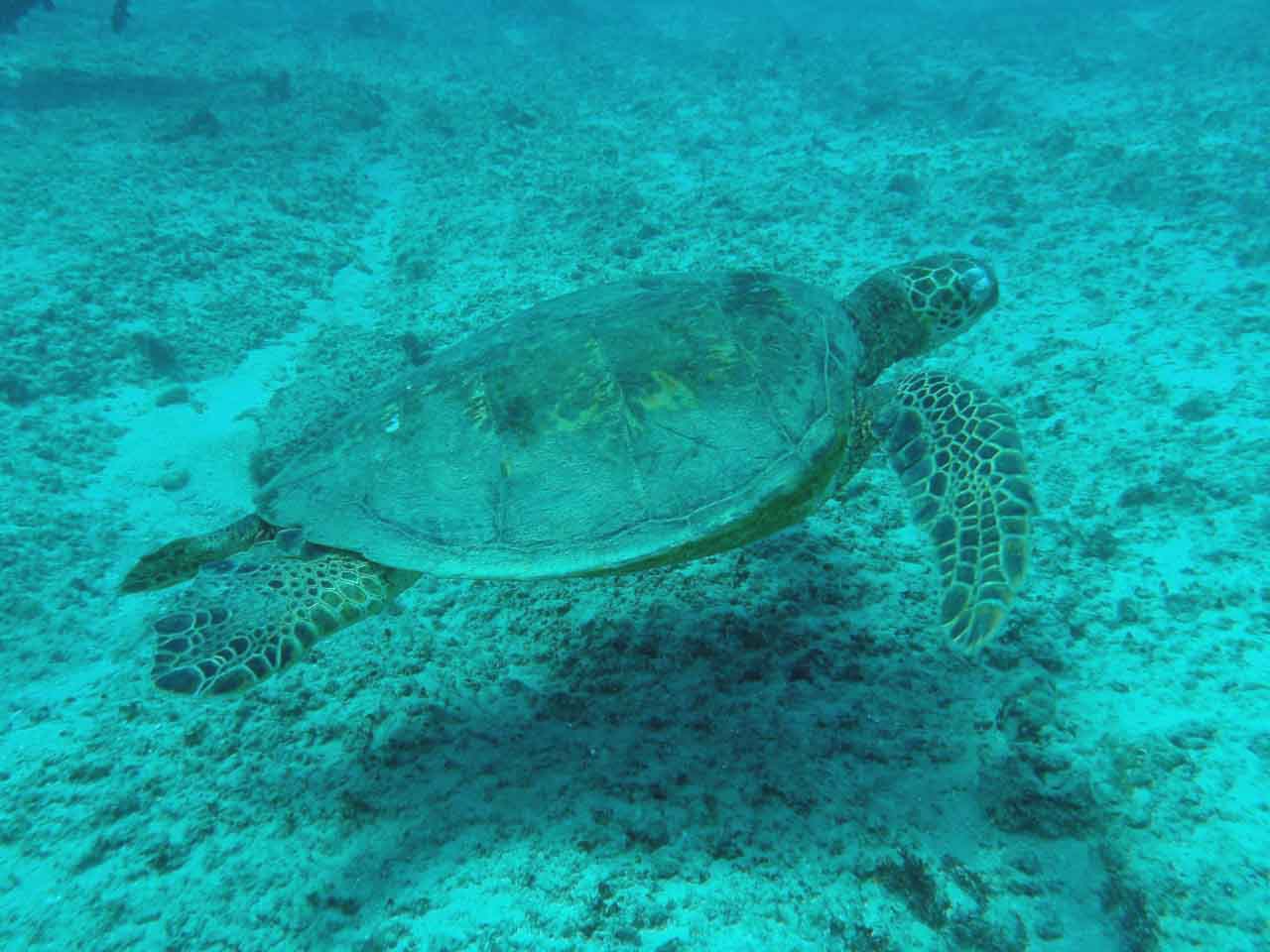