The Increased Interest in the
Male Swimmer

In swimming in the last World Championships, the US male swimmer were not a force  to be reckoned with like their female counterparts.  When you consider that the largest winners of the gold medals were young women who never  went to college, you can understand how interesting the statistics are.

While the male of the pool isn’t as common as the female, they are gaining more respect thanks to swimming legend Michael Phelps. For a long time the male swimmer wasn’t viewed in the same manner as a female. Mostly, because the appeal wasn’t there as there wasn’t a lot about the sport and many people couldn’t understand why a person would choose to swim over hitting a ball.

Fortunately, Michael Phelps opened doors and people now understand the complexity and the sophistication of the sport. This has created a new wave of men swimming and taking up interest in hitting the water with others. In fact, the level of coaching staff has even improved thanks to the advanced understanding and respect for swimming in general, making this a respected sport for people to join. 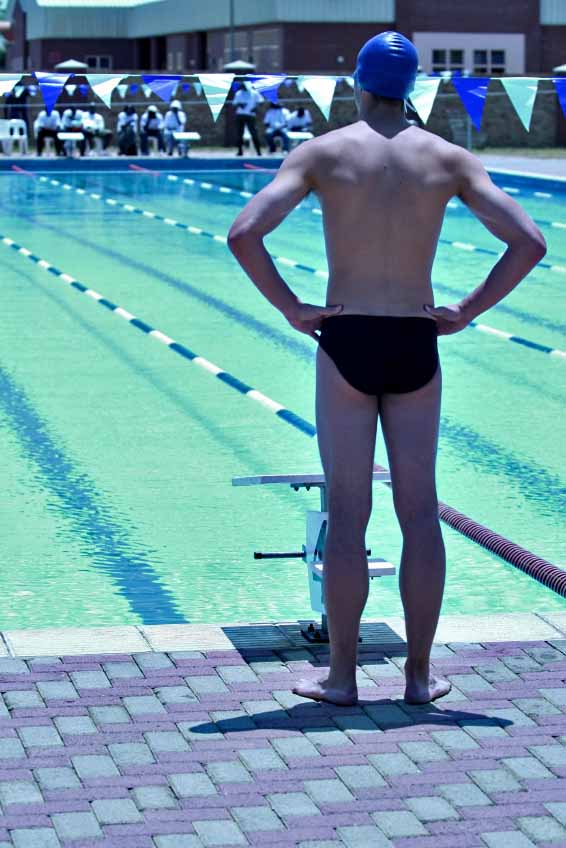 For the human male of the water, there has to be a focus on technique and the building of the core muscles. This includes the abdominals, back and the chest. While having strong legs and arms is important, they are only extensions of the power that the core has. This is why you see some swimmers with strong arms and legs being left in the dust by those who have worked their core muscles instead. Of course, learning the relaxed technique is also important. If you are thrashing and just pushing around water, you aren’t going to be as effective in the water and after a lap, you are going to be out of breath.

Instead, the successful male swimmer will want to balance proper technique and form with building his core muscles. A qualified swimming coach can help to guide through the process and get this individual ready for timed trials and getting a person to become physically fit so they can attend things like the Olympic Trials and make an impact in the swimming community.

Starting at a younger age can also prove to be beneficial. Studies have shown that younger males have the ability to be stronger and faster than those who are getting up there in age. With continued training and built muscles, they have the potential to stand among the others who win gold.

With more young men looking at the world of swimming, the gender split is becoming more equalized. While predominately a sport that was heavily supported by women, making competition tougher on the ladies, young men are now entering the sport and making competition in the water more intense, causing them to push harder and work more to achieve their Olympic Dreams in swimming.

back to the top of male swimmer page