Freestyle Swimming is more than
The Front Crawl

As natural swimmers, we can all agree that freestyle swimming is one of the important techniques that we can learn. Although freestyle refers to anything goes, it is essentially the front crawl in the water that has us circling forward, while our feet are performing the flutter kick. In competitive freestyle events, it is very uncommon to see a sidestroke or dog paddle being used, this is because many swimmers are required to use backstrokes, butterfly and breaststrokes. Of course, the Australian or front crawl remains one of the most used and beloved choices, especially in open water swimming events.

The idea of freestyle swimming isn’t a new one by any means. In fact, in the 1896 three of the four events for swimmers focused on the idea of swimming, with two of the events being held in the open waters. This drew interest to the event and as people began to closely watch the records, Johnny Weissmuller ended up taking the event to under 1 minute. In only 51 seconds in 1922 he completed the 100 meter freestyle swimming record. He would hold that incredible record for 17 years and enjoy 36 national championships, receive 5 Olympic medals and never lost a race in a 10 year period. After his days as a world class swimmer was over, he went on to play Tarzan on the big screen. 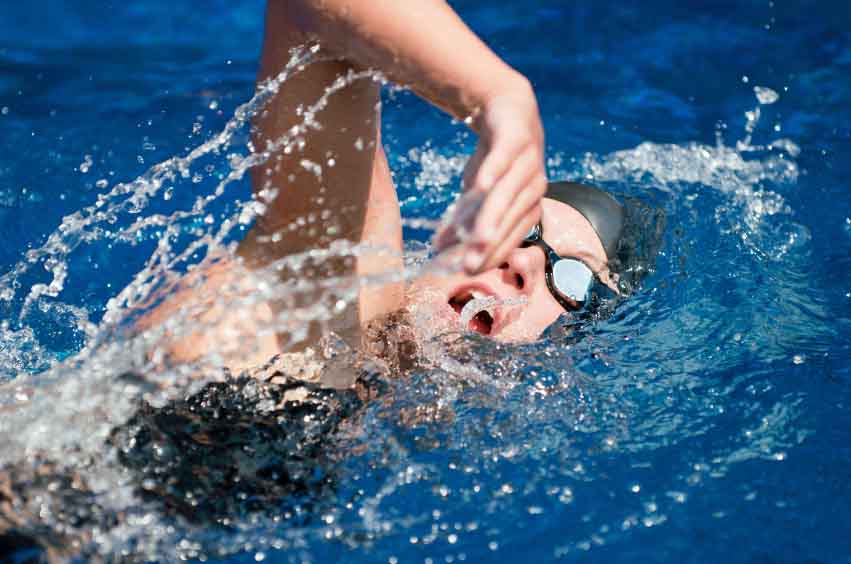 Another important freestyle swimmer is Janet Evans. At the 1988 and 1992 Olympics, this powerful swimmer was able to break world records and take home gold medals in both years. Gary Hall Jr. in turn is a known swimming personality that took to theatrics to turn heads. But what really spoke out louder than his show, was the fact that he won 10 Olympic medals when he attended the Olympics three times. The years he swam being 1996, 2000, 2004.

Dara Torres is also a very important name to know when you are learning about the swimmers who fall in this category. She is the only Olympic swimmer to attend 5 different games and at 41 she was the oldest swimmer to be part of the US team. She was active in 1984, 1988, 1992, 2000 and in 2008.A 2012 game was narrowly missed by a qualifier .09 seconds. Perhaps more shocking is an incredible time was set after having reconstructive surgery on her knees in the years prior. She has since announced she would end her Olympic career.

Some of the unique world records held for 50 freestyle sprint include:

Freestyle swimming is one of the most incredible water events out there. It is great for the body and allows you to maximize your power in the water.

Kick with swim-fins on 8 X 25 butterfly

back to the top of freestyle swimming page