One of the most fascinating creatures in the ocean is the spotted wobbegong. This incredible piece of ocean life slowly moving when motivated to do so. Most of the time, he can be found lying motionless at the base of the ocean floor, or spending time in caves and shipwrecks. At night, the spotted wobbegong will being to stalk prey slowly until it captures it. These aquatic animals aren't known for swimming at great speeds and will generally leave humans alone if they come in contact with them. 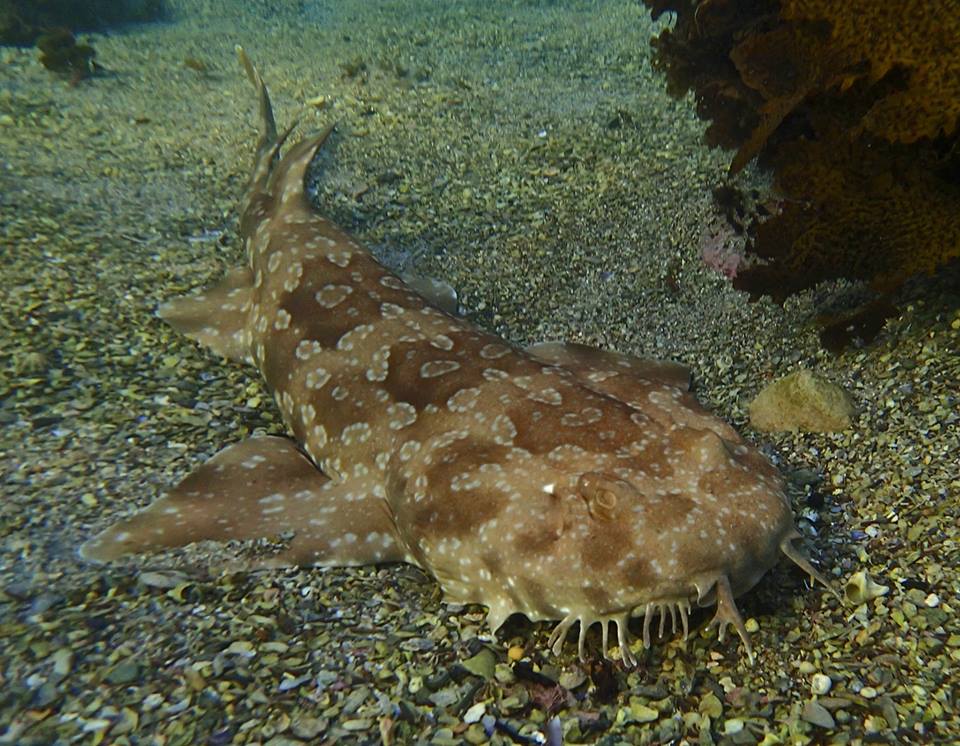 While one watches the swim strokes this shark takes, some focus is on the numerous fins that are on it. These fins are designed to allow the shark to glide through the water with each as they are propelled forward with the slow back and forth movement from the tail. Humans have learned to imitate these movements when they use their own set of swim fins.  The main fins on the body are the dorsal fin that begins near the base of the pelvis, the anal fin which is just behind the dorsal fin, the caudal fin and the pectoral and pelvic fins. Each of the swim strokes that are made, are then done so to keep moving forward and to effectively use the associated fins of the shark.

This carpet shark has a unique coloring that helps them to blend into their surroundings easily. Normally, they are a greenish brown or light yellow color, with dark saddles on their back. They are then covered with white circles on their back, which is designed to provide protection during the day when it is lighter.

As with most sharks, it has the ability to sense their surrounding environment using electroreception. The ampullae surround the head and this allows the shark to notice any changes in electrical currents around it. When something is sensed, the shark can go on the defensive, or attack possible prey that is passing them by.

Like other sharks, this carpet shark is a carnivore and will consume invertebrate that is in the ocean. This includes lobsters, octopus, crabs and other creatures that are found close to the bottom of the sea. In some cases, sting rays have been known to also be attacked by these sharks.

Beyond the buyant movements of the spotted wobbegong, another fascinating thing about this creature is that it communicates with chemicals. This includes chemical pheromones that are used during mating season. Since they live their lives with low activity, this allows them to sense others from a distance during mating season, so they are able to locate a potential partner. 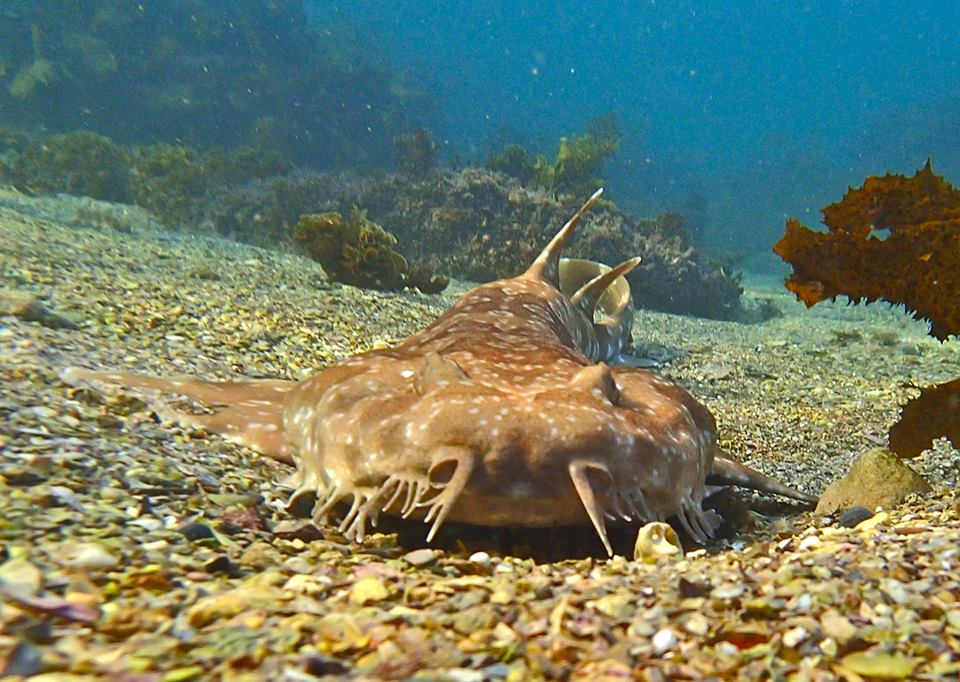 One of the most fascinating natural swimmers in the ocean, the spotted wobbegong will be important for every swimmer to study. This can give some new insight in how one can more effectively glide through the water, while gaining a better understanding and respect for an important animal in the ocean.

Total: 3900 meters or yards depending on the length of your pool

back to the top of spotted wobbegong page