As a PH.D., Kelly Turner is a respected in the medical community. While she may not be a medical intuitive or a medical doctor, she is someone who has taken the time to learn about how to heal and the process of integrative oncology.

Through the Radical Remission Project, has focused her studies on cancer patients who have entered into remission, without the use of Western medicine. Considering that the remission has been experienced across a number of different cancer types. This caused Dr. Kelly Turner to begin looking at people based on three different types of patients. Those who have cancer and are able to heal it naturally without Western medicine, people who use alternative healthcare complementary and conventional medicine and those who tried Western medicine only to find it didn’t work and had to find another solution. 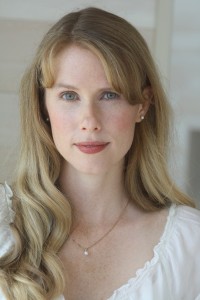 What Kelly Turner has Found in Radical Remission Project

Some of the results she found in this research were pretty impressive. The first two were things that were changes to the physical, taking supplements and a significant change to the diet of patients. The others included the mental and the emotional. These were things like having spiritual beliefs, increasing positive feelings, embracing the support of others and releasing any emotions that were being suppressed.

Taking this in mind and looking at how to heal cancer in patients, Kelly Turner began to note the importance of having an active and resilient immune system when dealing with cancer. It also paid off to eat a nutrient dense diet that was full of lightly steamed and raw vegetables.

Self Healing and Cancer Remission

Perhaps more shocking is that she was not the first person to learn about cancer remission. This has been documented since 1790 and while thousands of cases are there about the spontaneous remission of different malignant cancers, there was a lack of anyone taking the time to understand why this was taking place. She began to turn to current medical journals and case studies and noticed a trend of people not asking the patient what they believed contributed to their healing.

Deciding to use this as the focus of her doctoral dissertation, she traveled the world for nearly a year and spoke with 50 cancer healers who participated in alternative healing across 11 different countries. This led her to 20 new survivors that no one new about. She began to interview these individuals and began to study their cases to gain a better understanding of the situation.

One thing she found is that these people believed they were going to beat the condition and that they were going to heal and to live. They never gave up and they pushed through the process with an unwavering belief. Realizing that the term spontaneous remission wasn’t valid since there was clearly a cause associated with it, she changed the term she would use to radical remission.

Her findings that were common about those is that they combined two or more changes in their life that were radical in their belief that they were going to live and had that will at all times. Those changes included:

While Western medicine looks at a very biological approach to things, the idea behind radical remission takes a look at a critical area that really cannot be ignored. Unfortunately, ignoring the miraculous results is one of the reasons why these cases have gone undocumented for years. One thing that Kelly Turner found as she explored how to heal cancer patients is that the lack of understanding of the mind and body connection is one of the reasons things aren’t always reported like they should be.

What we can learn from Kelly Turner is that the ability to heal ourselves can be found within ourselves. Her findings reflect what Carolyn Myss and Norman Shealy teach in understanding mystical law and personal parallel reality in the creation of health and Donna Eden in Energy Medicine.  By working with a trained homeopathic professional who understands the approach of Dr. Turner, it will be very possible to take on cancer and become a survivor.

back to the top of Kelly Turner page